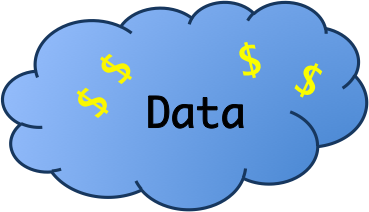 Price (that is low price) is one of the aspects of Cloud which is highlighted and seen as a major selling point of Cloud. The fact that infrastructure is managed by someone else and the  infrastructure costs less are the main reasons why many go to the Cloud. Some do realize that as they grow and as their resources are being used all the time, things aren’t as cheap as they thought it would be initially. My friend, Ramesh, who runs StridesIT, told me once, “One startup started working on the cloud and initially they were quite happy with a small bill. As more people joined the startup and the usage of resources increased, they started feeling the pinch. You must do a through cost analysis initially else you may end up paying a lot”

Each Cloud provider has his own cost policy and they provide cost calculators which can be used to get a fair idea of how much you may shell out every month. They also have different cost if you are willing to commit upfront for one year or more. There was an interesting article published recently by Google which through some calculations showed that Google was cheaper when compared to Amazon. You can read the paper here: Understanding Cloud Pricing If you click on the ‘Estimate’ link in the article you will be taken into the cost calculators of Amazon and Google. You will find that you will need to take into consideration multiple aspects like disk usage, network usage and usage of any of their services.

You need also understand the granularity of pricing . For example Amazon bills you per hour for some resources. This means that even if you use for 5mins you will be charged for an hour. The time measured is always between when you started the system and when you stopped it. Assume a case where an instance is up for ten minutes. Then you shutdown. You come up again after some time and run the instance for ten minutes again. You have used 20 mins of the instance but you will be charged for 2 hrs !! Each start and shutdown is charged and you have two start and shutdown. Each of them will be charged a minimum of one hour price !!

An important point to note in this article is about the potential lock-in that occurs if you sign up for a long term deal. This is always something which customers worry about. Will the supplier not exploit us if he has locked us down? I believe there are two sides to this coin and lock-in is not as bad as it seems. There are so many companies which are say EMC shop, or NetApp shop or HP shop etc. It is not as if these companies have burnt their fingers because they decided to go with a single vendor.

From my experience in my earlier company I can say with a fair degree of confidence that the clients who are big and who are committed to the company do get very good treatment. There are times when even a small escalation from such companies reach the ears of the top most person and the pressure to solve their problem is enormous. Additionally their input is also sought from newer releases. Since a committed customer is always something which every company wants, you can be sure they will do their best to keep the customer happy. So lock in is not as bad provided you have done your background check about the vendor and the future direction they would take. If they are dependable, lock-in need not be a very major factor in your choice.